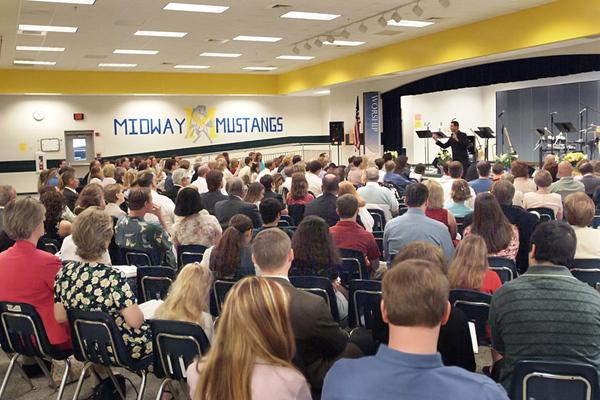 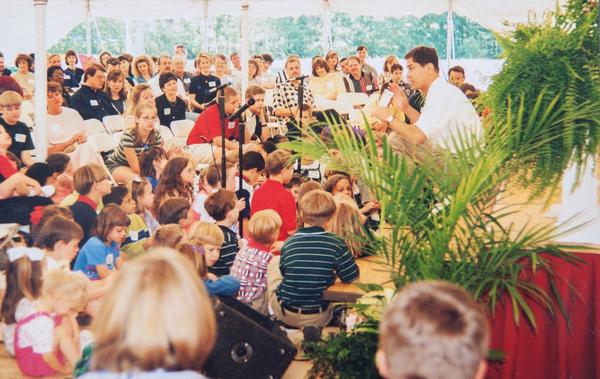 Not owning a building or property yet, Midway Community Church met at at Midway Elementary School in the gym and cafeteria.  The Church (following year) purchased 12 acres of farmland in 1998. The Georgia Baptist Convention loaned Midway a small trailer to use for office and meeting space. In anticipation for the new church home, occassionally special services such as Easter and Memorial Day were held on the property outdoors under tents. In 2000 a local contractor donated a larger, double wide trailer that could host larger events like Prayer Meetings as well as the growing number of church staff members.

Construction of the main church building started in 2003.   The same year, Midway hired two more full time staff members.  The first official service was held in the completed church “home” in May of the following year.

After the church office space was officially moved into the new building, the trailer was transformed into a Youth Meeting space.  The church continued to grow and eventually the Youth Ministry needed more room. In 2013, a dedicated Youth Building was constructed to allow for additional expansion of the Youth ministry. Through the blessing of gifts and stewardship, the mortgage on the main building was paid off in 2013.  The remaining mortgage on the Youth Building was retired in 2019, four years early. 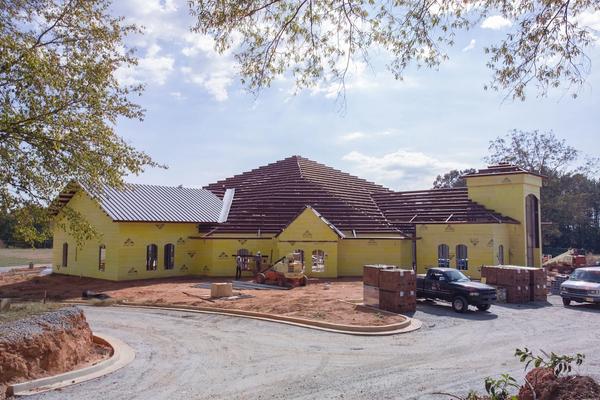 Many other milestones have significantly marked Midway’s journey, namely the addition of the AWANA program in 2009, a full time Children’s Associate, and even renovations and expansion of the kitchen space to serve our growing congregation. Midway is truly a community church, serving the local community through many events such as Easter Egg Hunts, Vacation Bible School, the Backpack project, and so much more.

The history of Midway Community Church is evidence of God’s goodness and faithfulness; the future of Midway is bright as the Lord continues to provide for His church through the people and ministries of Midway.